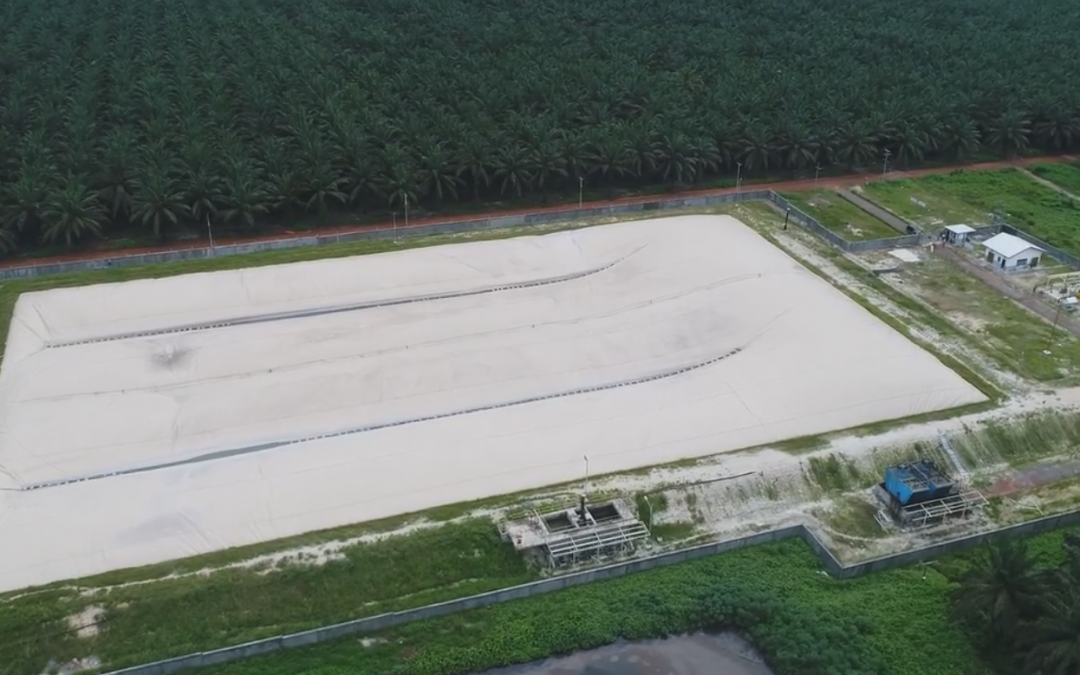 Biogas production in Indonesia is an increasingly important and attractive option both for reducing the operating costs of industrial plants and for reducing greenhouse gases to the environment. In particular, palm oil mills generate large amounts of both solid and liquid wastes, and it is the effluent, or POME, that has been singled out by the operators as the most expensive and difficult to manage.

The normal method of dealing with the large volumes of effluent resulting from such operations is that of capturing the effluent in a covered lagoon. Palm oil mill effluent lagoons can be converted into efficient anaerobic digestors that not only reduce the organic loading of the effluent but can also produce commercial quantities biogas for on-site power generation or for export to the national grid.

Palm oil production relies heavily on the use of water with about 0.5-0.75 tonnes of POME being generated for every tonne of fresh fruit bunch (FFB) processed. If released directly to the environment, raw POME depletes water bodies of oxygen and kills aquatic life. Added to this, in Indonesia, palm oil mills have been cited as being a significant source of uncontrolled methane release to the environment. If this is extrapolated across an increasingly important global industry it is clear that palm oil production, apart from the bad press the industry has even before pollution is considered, constitutes a major contributor to the balance of global warming gas emissions.

The principal characteristics of POME are the high levels of COD and BOD entrained within it. Anaerobic digestion, and the production of biogas involves the breakdown of organic material in an oxygen-free environment. Under anaerobic conditions, methanogenic bacteria flourish, and both COD and BOD are significantly reduced at the same time as commercially significant quantities of methane gas is produced. For this reason, anaerobic digestion has been increasingly employed for the treatment for wastewater, as the methane produced can not only be used to generate power but also the reduction of greenhouse gases can be used as a mechanism for carbon offsetting.

In the production of biogas from POME, anaerobic digestion equipment consists, in simple terms, of an anaerobic reactor volume, a gas holder to store the biogas a mechanism to clean the gas of highly toxic elements such as H2S and, if electricity is to be produced, a biogas-fuelled engine and generator set.

Organic waste is broken down in the anaerobic digestion reactor, with up to 60% of this waste being converted into biogas although it is important to stress that the rate of breakdown depends on the nature of the waste, the reactor design, and the operating temperature.

The process of anaerobic digestion (AD) for biogas production consists of three principal steps. In the case of POME, the first step is the decomposition (hydrolysis) of organic matter. This step breaks down the organic material to usable-sized molecules such as sugar. The second step is the conversion of decomposed matter to organic acids. Finally, the acids are converted to methane gas. Process temperature affects the rate of digestion and, in order to avoid process interruption, it should ideally be maintained in the mesophillic range (30ºC to 35ºC).

Palm oil production is an important commercial activity. However, in order to ensure that the economic viability is optimised, it is incumbent on producers to engage in the development of sustainable practices that also ensure environmental protection. By using techniques that can convert waste material into an economic resource whilst also reducing the environmental impact, there is little reason why palm oil cannot be perceived as being a benefit both to the local community and to humanity rather than a liability.