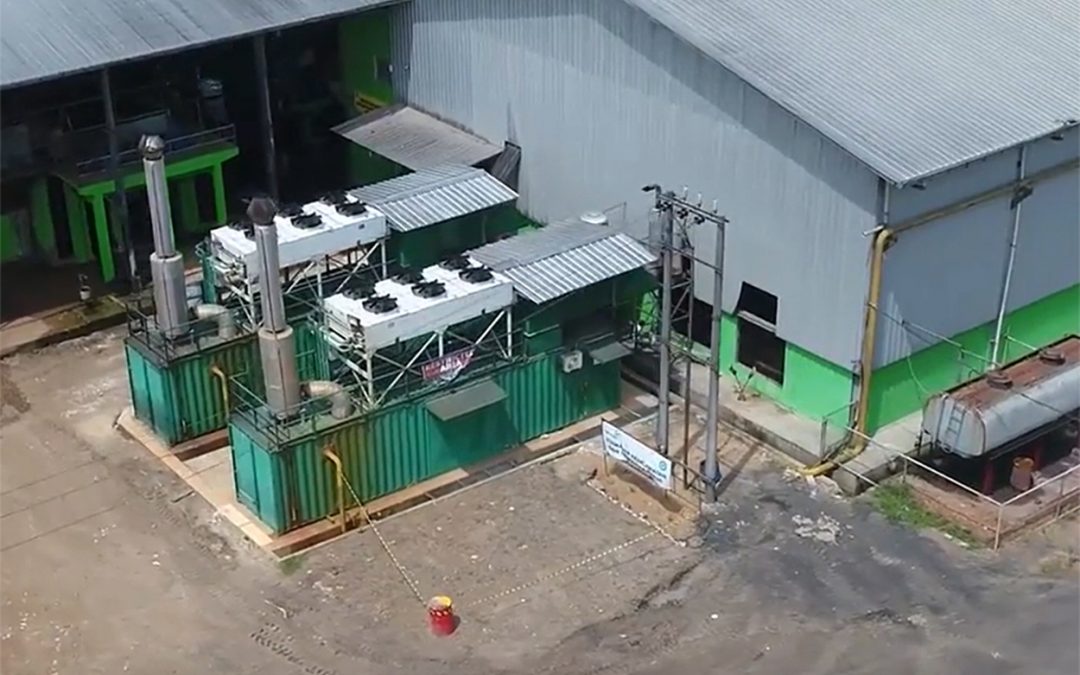 Indonesia produces large amounts of organic waste that, to avoid environmental contamination, must be carefully managed. Currently, most of this material is viewed as just that, waste. The reality is that it is a resource that is being overlooked and underutilised, or put simply, dumped.

After Saudi Arabia, Indonesia’s population is the second largest organic waste generator in the world, with over 60% of solid waste being food. In terms of agriculture, it has been estimated that from animal waste alone, around 10,000 MNm3/year of biogas, enough to generate up to 1.7 x 106 kWh/year of electrical energy, could potentially be produced from this waste. If biogas from the treatment of the effluent from the production of palm oil and cassava are included into the mix, the potential for power generation and the displacement of fossil fuel energy sources increases by a further 1,800 MWh/year.

Indonesian agroindustry generates significant quantities of organic waste. In many cases, this waste is viewed as a commercial disincentive in that disposal routes which result in an operational loss continue to be employed. The organic fraction of landfill, sewage sludge, and effluent from palm oil and cassava mills are also waste streams that, instead of representing a cost centre, should be viewed as an additional value stream for any business whose main activity is not waste management.

Anaerobic digestion is a tried and tested technology that can be adapted to handle large or small volumes of material and has successfully been deployed in many projects around the world. It is rapidly becoming the preferred technology for providing a solution as to how to manage the considerable volumes of organic material whose current destination terminates in landfill, a disposal method that is quickly becoming the trademark of a society that does not appreciate the value of their own resources. Of course, anaerobic digestion of organic waste is not only a way to manage waste and reduce contamination, it is, as has been pointed out above, also a mechanism in which significant quantities of biogas can be produced.

Agriculture, and industries allied to it are the main potential beneficiaries of the implantation of anaerobic digestion as a mechanism for large-scale treatment of organic waste and the conversion of what is generally considered to be a problem into a resource. The biogas produced can be collected and cleaned, then used as an alternative to fossil fuel, the digestate can be further processed to be used as a fertilizer and the treated water from an anaerobic reactor, once it has been treated to comply with the discharge consent, can be released to the watercourse.

Although important in this sense, anaerobic digestion is not merely a mechanism to benefit only the shareholders of the enterprise by recovering value from the waste stream of any given industry, it is also a mature technology designed to avoid contamination and improve the public perception of the project, a commercial strategy that will, ultimately, result in increased sales from consumers who demand environmental responsibility.